A DAY OUT – CHICAGO THE MUSICAL 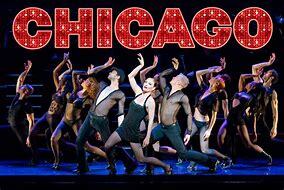 Firstly, visiting the popular Haskins Garden & Craft centre where there is time to enjoy the attractions and lunch of your choice.

“Murder, greed, corruption, exploitation, adultery and treachery…all those things we hold near and dear to our hearts” So begins the international multi-award-winning musical, CHICAGO.

Created by the musical theatre talents of John Kander, Fred Ebb and legendary choreographer Bob Fosse, CHICAGO’s sexy, sassy score with one show-stopping song after another includes “Razzle Dazzle”, “Cell Block Tango”, and “All That Jazz”.

With 6 Tony Awards, 2 Olivier Awards, a Grammy® and thousands of standing ovations, CHICAGO truly is “SUPERB” (Daily Telegraph) or …, CHICAGO “remains a phenomenon” (Sunday Express) Don’t miss out, book now! It would be criminal to miss it.