BOSCOMBE DOWN AVIATION COLLECTION and the ARMY SCHOOL of FLYING MUSEUM 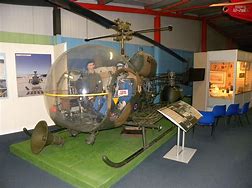 A coffee and biscuits reception at the Boscombe Down Aviation Collection with an introductory talk before viewing the Prototype English Electric Lightning, the Avro 707 (1/3rd scale model of the Avro Vulcan), the only “unstable” Bassett Beagle used by the Empire Test Pilots School, a complete cockpit of a Ww2 C-47 (DC-3), a 1952 Bristol Sycamore and the Prototype of the BAe Hawk.