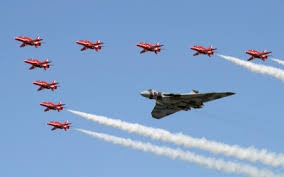 We use the FAST track coach entry and exit route!

To get an idea of the amazing aircraft that visit us, read our list of confirmed aircraft from 2019 – including two Spanish Navy Harriers, the Ukrainian Su-27, US Air Force F-16 Viper Demo Team, Frecce Tricolori, RAF F-35B Lightning, and much more! The RED ARROWS ARE BACK THIS YEAR!

The confirmed show programme is at https://www.airtattoo.com/airshow/aircraft. We look forward to hosting your day at RAF Fairford this July. We know it will fly by!