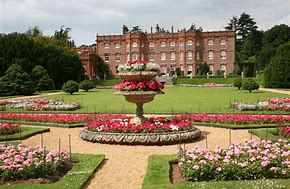 Country home of the Victorian statesman Benjamin Disraeli, Hughenden offers a vivid insight into the charismatic personality and colourful private life of the most unlikely Victorian Prime Minister, Benjamin Disraeli, who lived here from 1848 to 1881. Browse among an extraordinary collection of personal memorabilia and on the top floor is a special exhibition space with a timeline of Hughenden’s history to explore.

A secret wartime past is revealed in the Second World War rooms, with interactive exhibits and eye-witness accounts. Experience the immersive wartime displays in the ice house bunker and find out why Hughenden was high on Hitler’s hit list. The formal garden has original designs of Mary Anne Disraeli.

Next, a family home, delightful gardens and an idyllic setting. Greys Court – an intimate family home and peaceful estate set in the rolling hills of the Chilterns. This picturesque 16th-century mansion and tranquil gardens were home to the Brunner family until recent years. The house exudes a welcoming atmosphere with a well-stocked kitchen and homely living rooms. The series of walled gardens is a colourful patchwork of interest set amid medieval ruins.

Other buildings from earlier eras include the Great Tower from the 14th century and a rare Tudor donkey wheel, in use until the early 20th century.